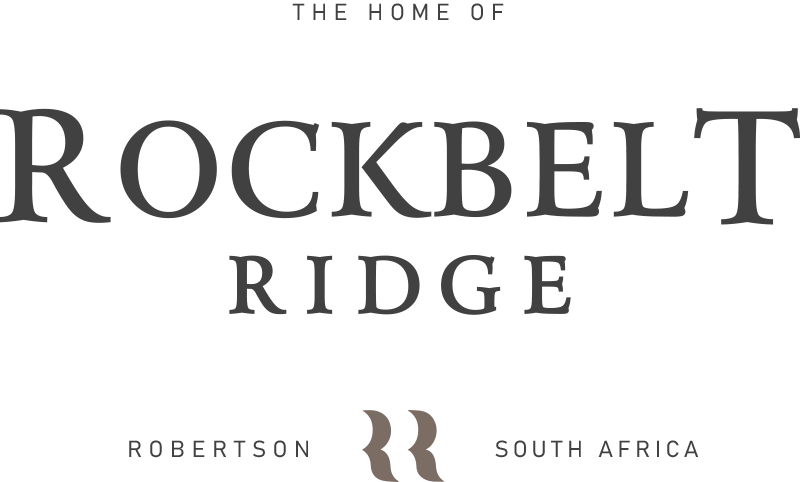 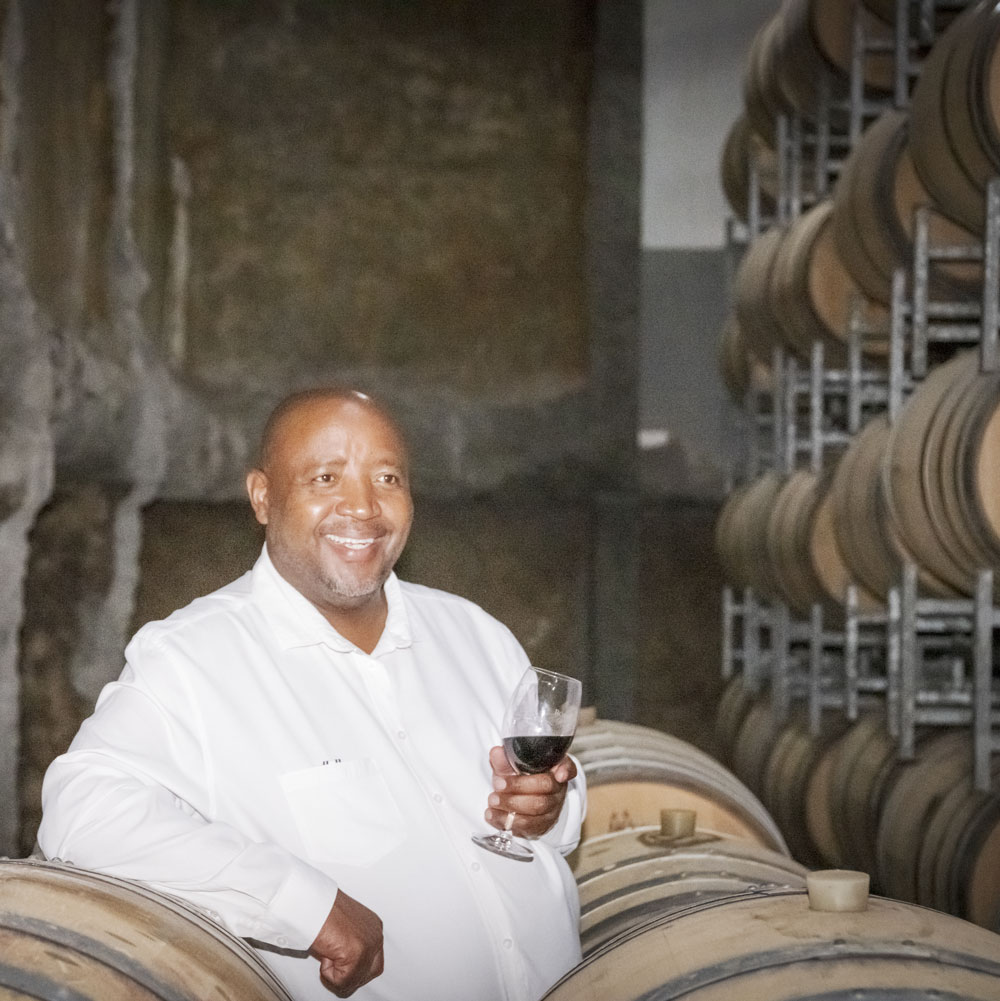 Rockbelt Ridge wines are the dream of native African, Dan Mosia, from the Basotho Nation.

His dream was to farm his own land, produce wine grapes, and craft his own wine out of the rocky African soil in the Robertson Valley.

He crafted this magnificent wine with the input of a local farmer and winemaker and proudly shares it with you.

The Basotho Nation is a nation that boasts about its rich culture that can trace their origins to the pre-historic age. The Basotho, also known as Sotho speakers, are said to have originated from the north of Southern Africa. The Basotho made their way down as various tribes settled in different parts of the country. Some groups settled in the west, while others settled in the east and further south. Today these diverse groups are respectively known as the Batswana, BaPedi and Basotho tribes.

Winemaking in South Africa is not that different from winemaking in other parts of the world. When you think about it, winemaking is a profession as old as civilization itself. From Ancient Egypt, Europe and Asia, winemaking was, and still is, the art and science of preserving fruit and crafting a beverage that Louis Pasteur called, “The most healthful and most hygienic of beverages.” All wines begin as a product of the sun and soil that bring forth the grapes from which the wine is crafted. Grapes are a horticultural crop. The vines must be matched with the proper growing environment and cultural techniques to yield a sustainable crop of grapes year after year. As with all grapes, the quality in the vineyard can not be improved at the winery. It can be shaped and formed into the desired wine but not improved. It is for this reason that the proximity of the vineyards to the winery is crucial for any serious winemaking.

Harvest season begins in late January. Grape samples are evaluated for sugar, acid, pH, and of course, flavour. The grapes are harvested in the cool morning hours starting at daylight and ending around 10 a.m. The white grapes, Rockbelt Ridge , ripen first, which are brought to the winery for processing as soon as they are picked. We mature our wines in older second ,third and fourth year french oak barrels. The red grapes, ripen in mid-to-late February. They are sampled and later harvested in the same manner. Most of the red grapes are fermented in the traditional method for red wine – on the skins with select yeast. This method allows the flavor and color of the red grapes to be extracted by the action of the yeast and by the pressing later. Wines are fermented, blended and allowed to become stable before bottling.

The rich, red, limestone-based soils underlying our vineyards at Rockbelt Ridge are what makes our farm of the Robertson Wine Valley so special. The soils found here are perfectly matched to grape growing, giving our fruit an individual character that is distinctly Rockbelt Ridge and our wines their unique and delicious flavours. 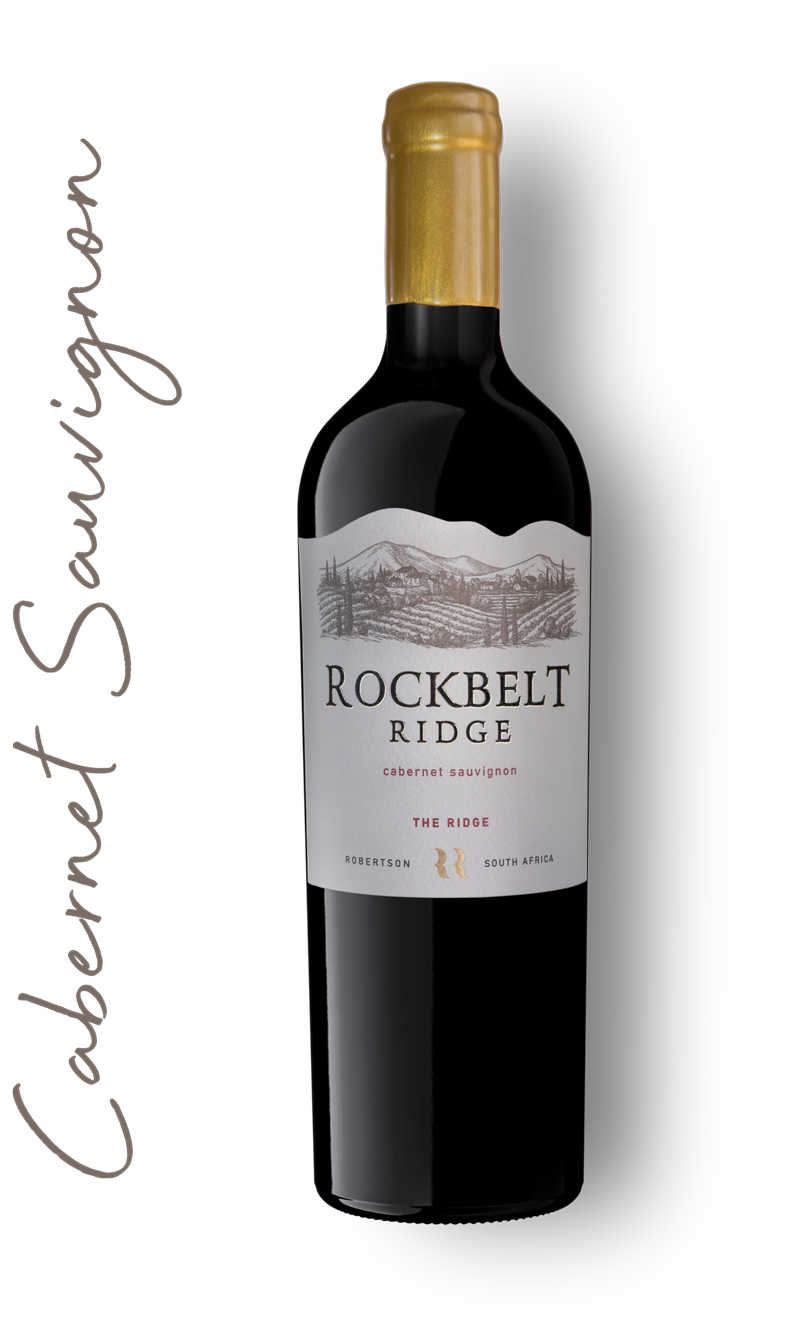 A deep ruby red wine with firm integrated tannins. Rich ripe fruit of black currant, blackberries with a hint of chocolate and vanilla on the nose and palate. 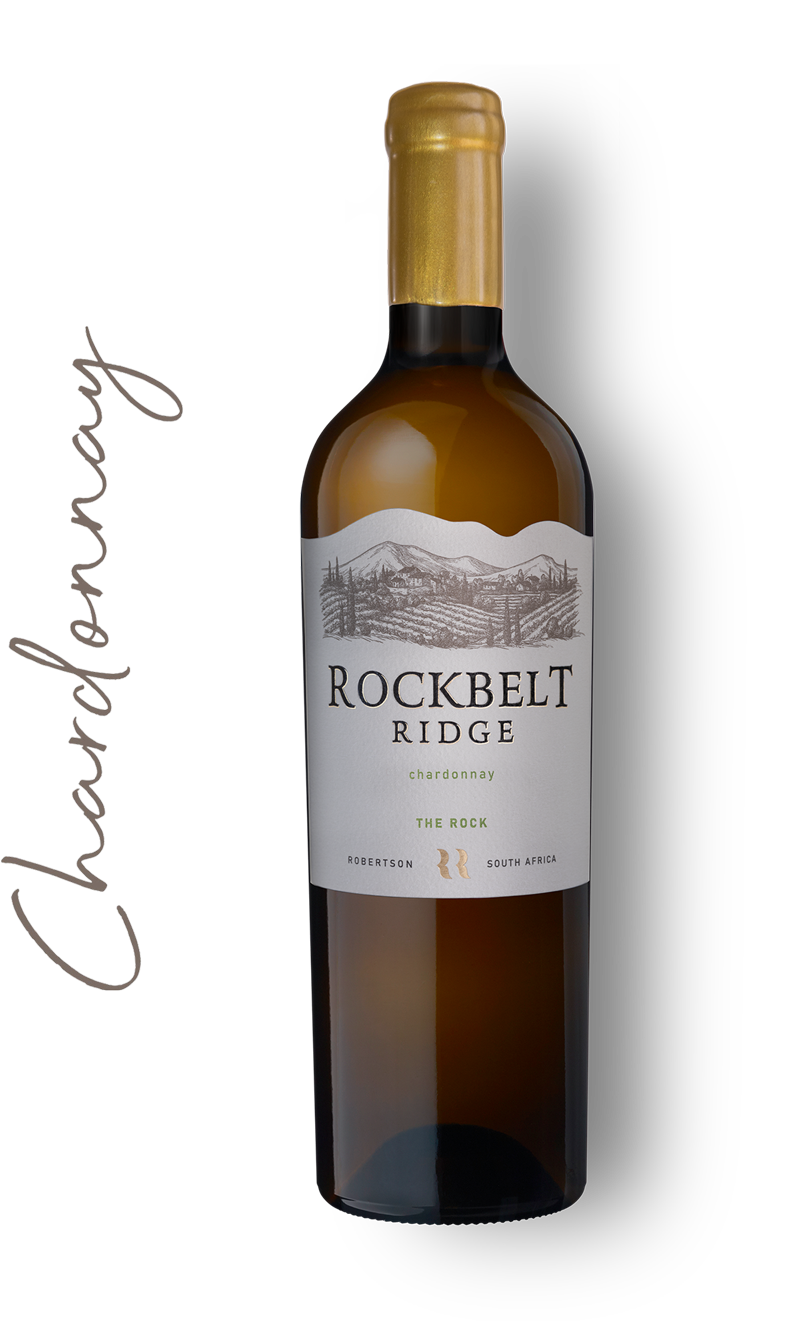 Classic ripe peach and tropical fruit on the nose and soft, well- integrated vanilla flavour on the palate. 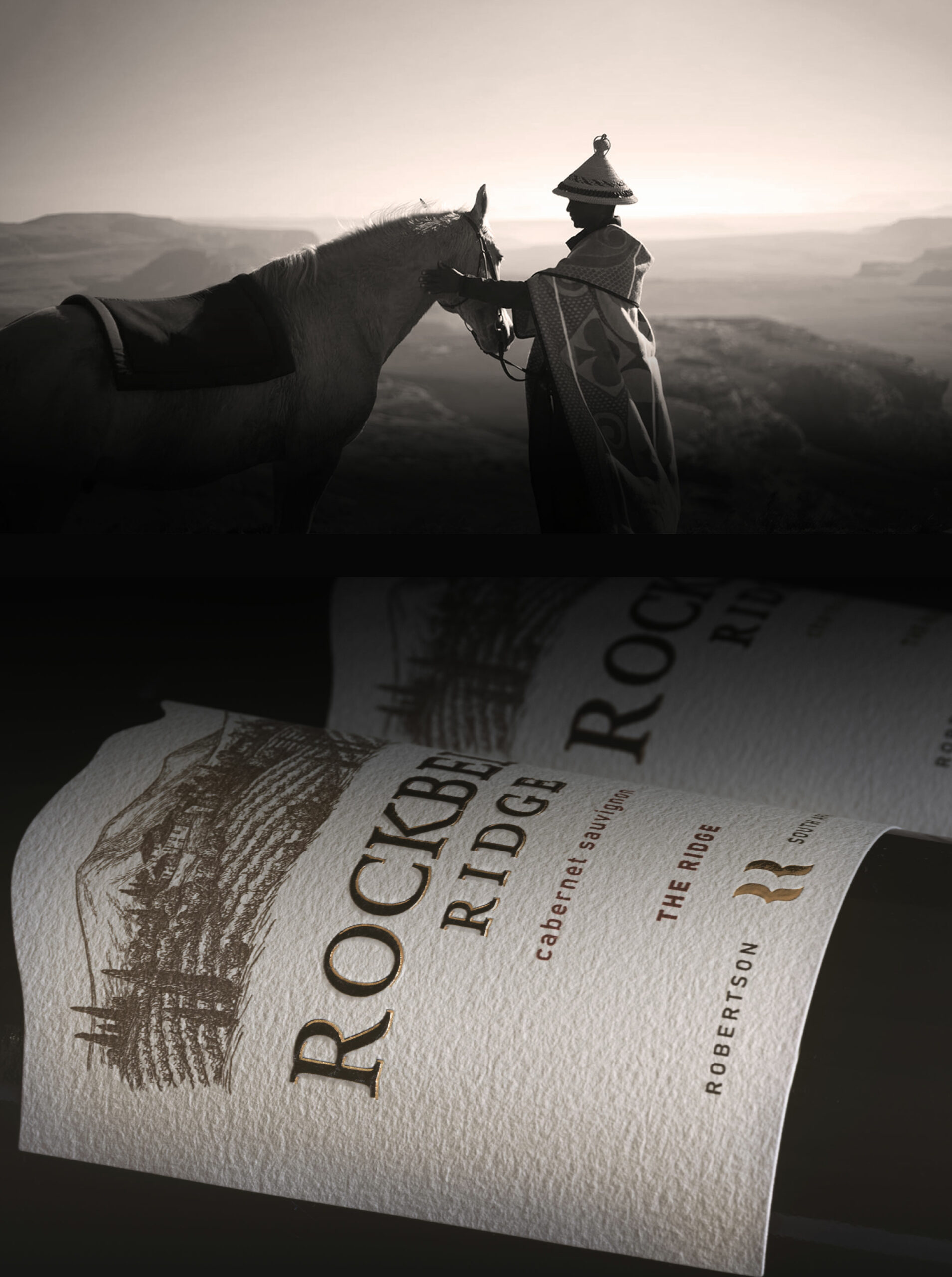 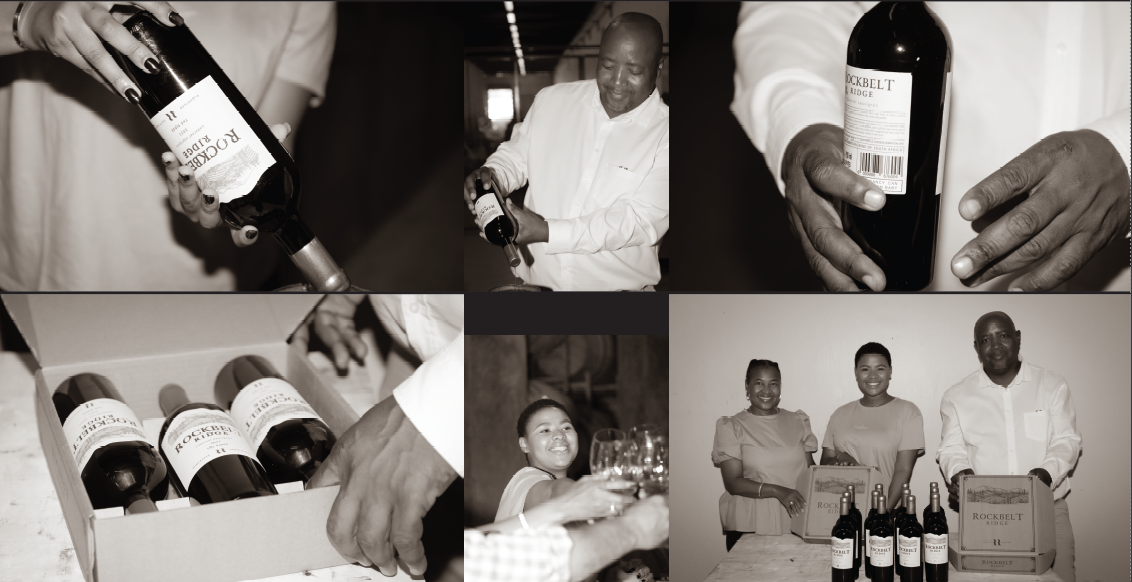 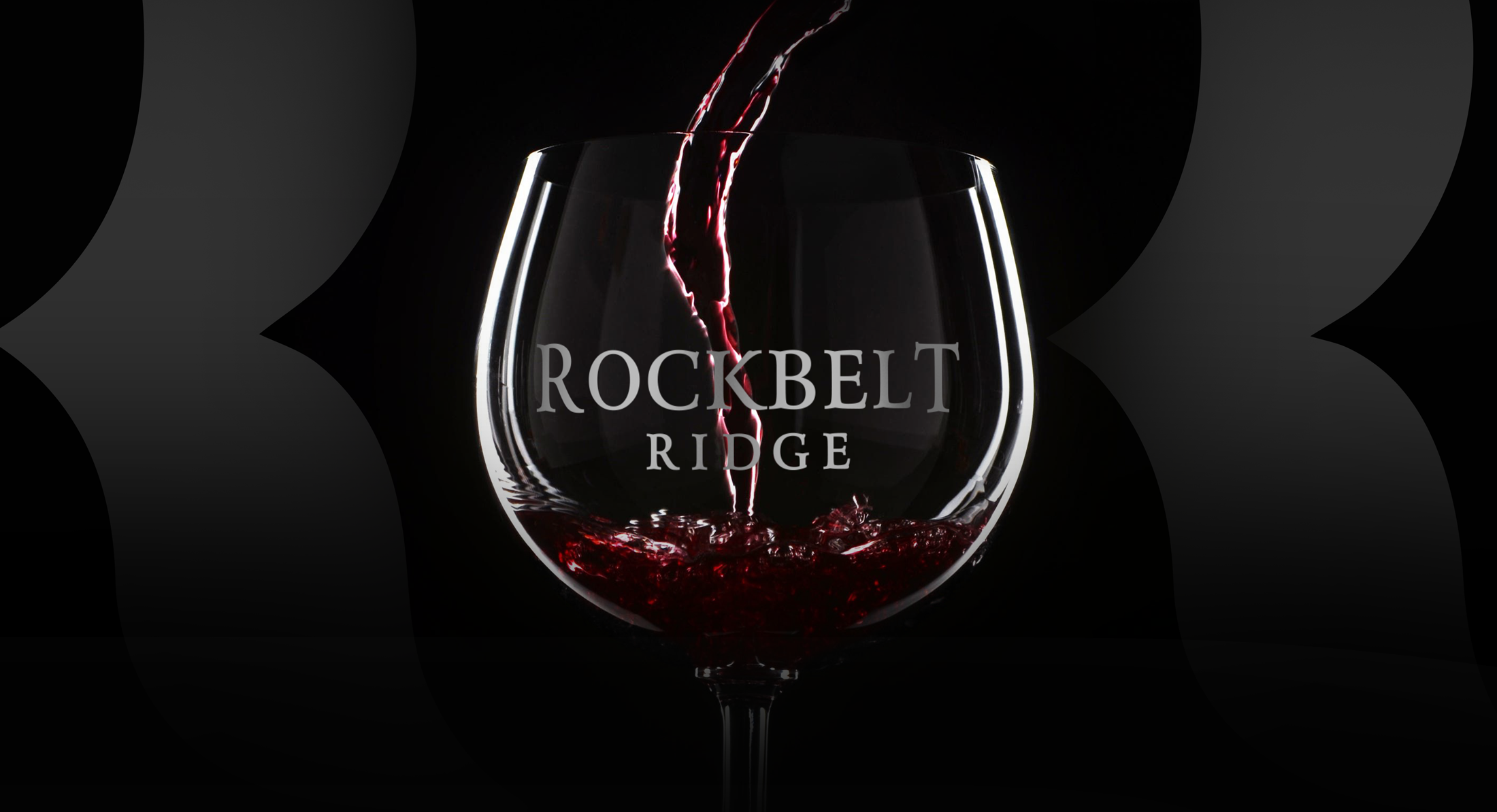